Reach, push and pull your way to full movement. Did you know that  all our daily movements essentially consist of one or more of the 8 fundamental movement patterns? We push or pull doors, reach for objects, squat down to pick things up. When one of these movements patterns falters through either muscle injury or muscle imbalance, then you are at risk of further injury.

I’m sure as you go through that list and think about your daily activities you can see that you do most, if not all, each and every day. Given we perform these movement patterns daily it is recommended that if you are going to train then you utilise these movement patterns in your training for your base strength. If your fundamental movement patterns are weak then you are at greater risk of injuring yourself when performing more complex movements. 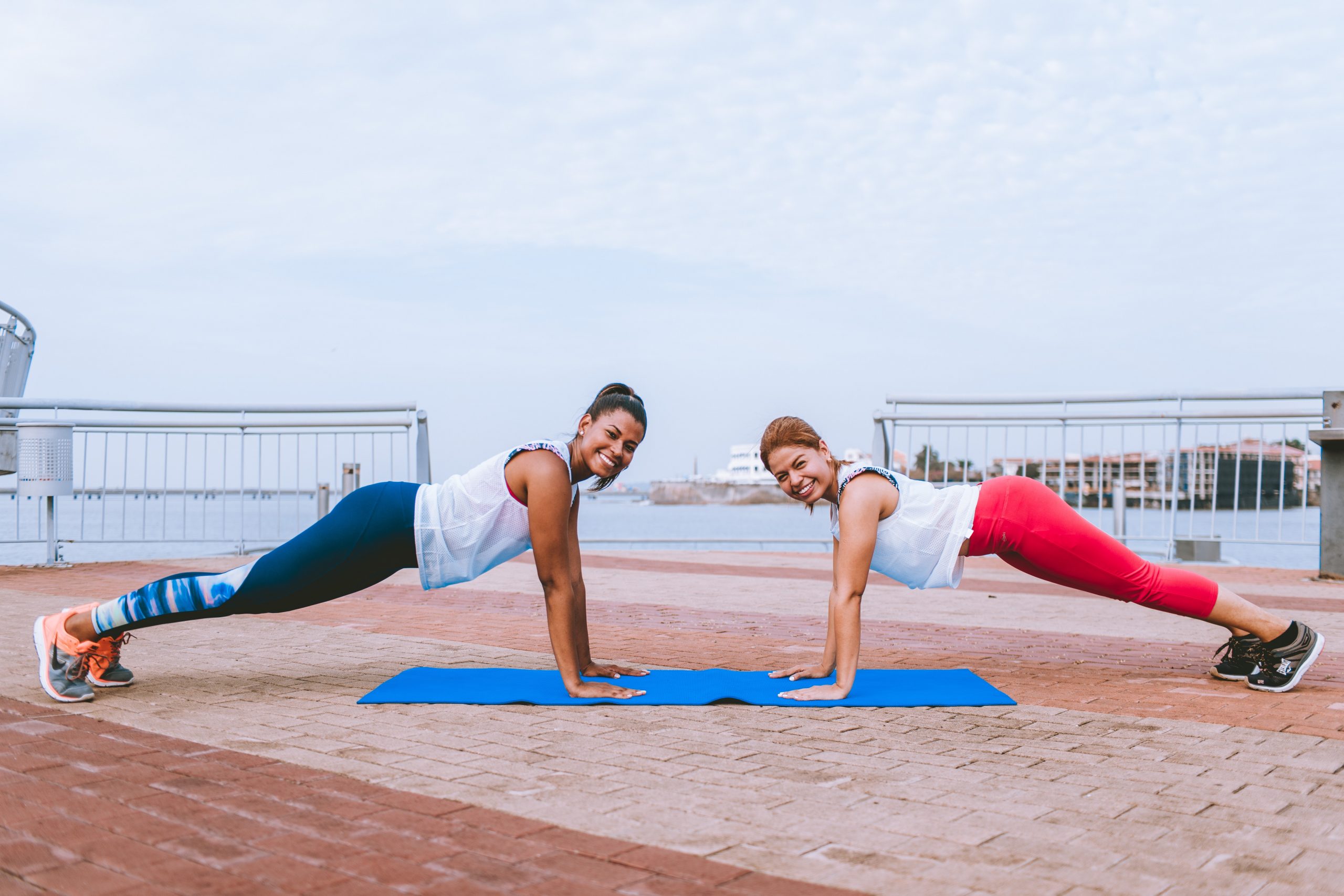 You can train the push movement through push ups. If you struggle with full push ups then, rather than dropping to the knees (which often results in back technique), you can always do them on an incline with your hands on a bench. If you find this difficult still then you can always start with a wall push up and gradually bring yourself down the wall.

The pull movement could be done through a seated row exercise, single arm dumbbell row or even chin ups. 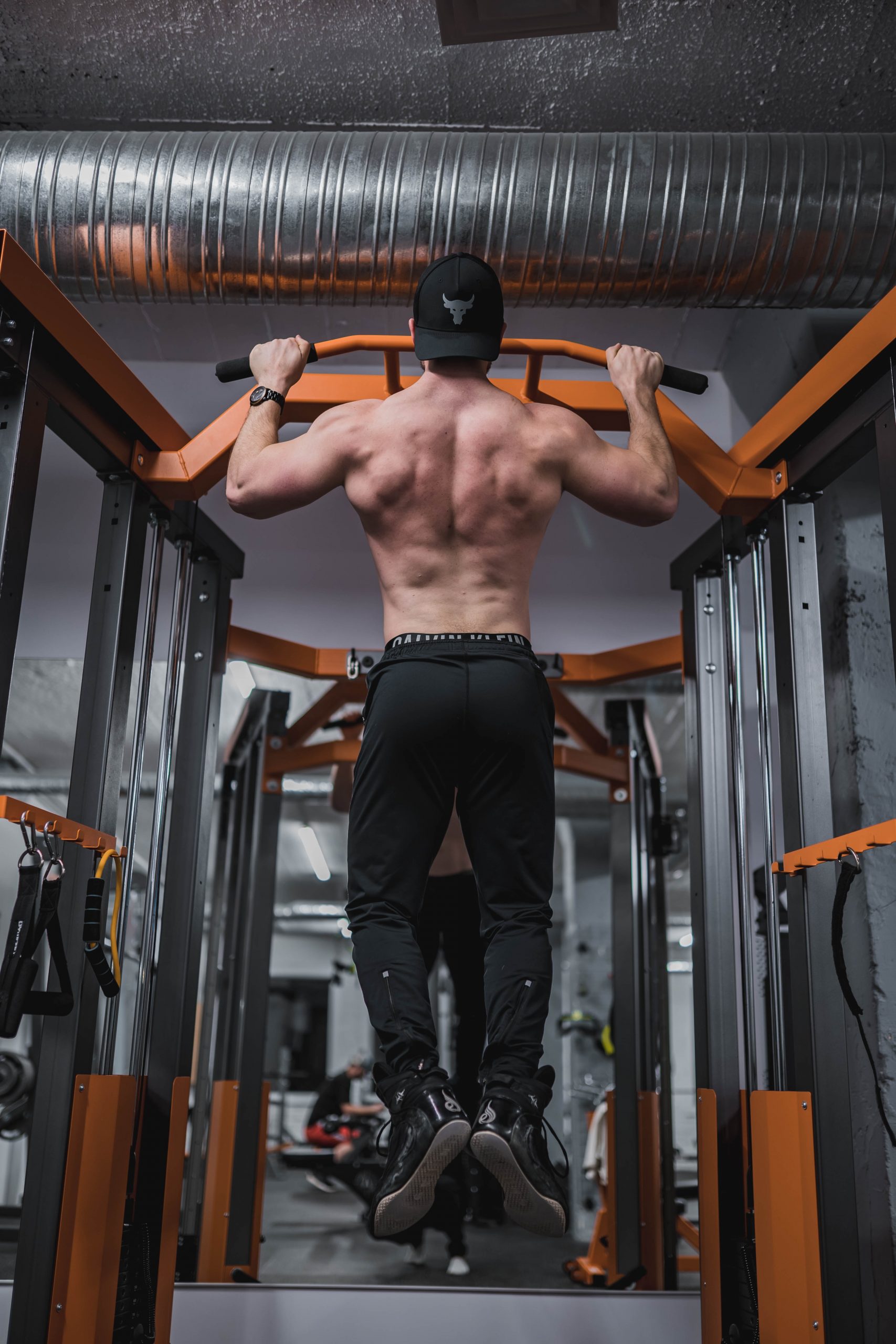 Squats can be done as a bodyweight exercise or loaded with a barbell (across the chest is better than behind the neck) or dumbbells. You can also increase the challenge of squats by using tools such as a DuraDisc or balance board so that you are working harder to stabilise yourself while performing the movement. You could also perform a split squat where you have one foot slightly in front of the other. Sometimes when doing a split squat you may find that it is easier with one foot forward than the other. This may be an indication that you have a torsion or twist through your pelvis which needs to be corrected. 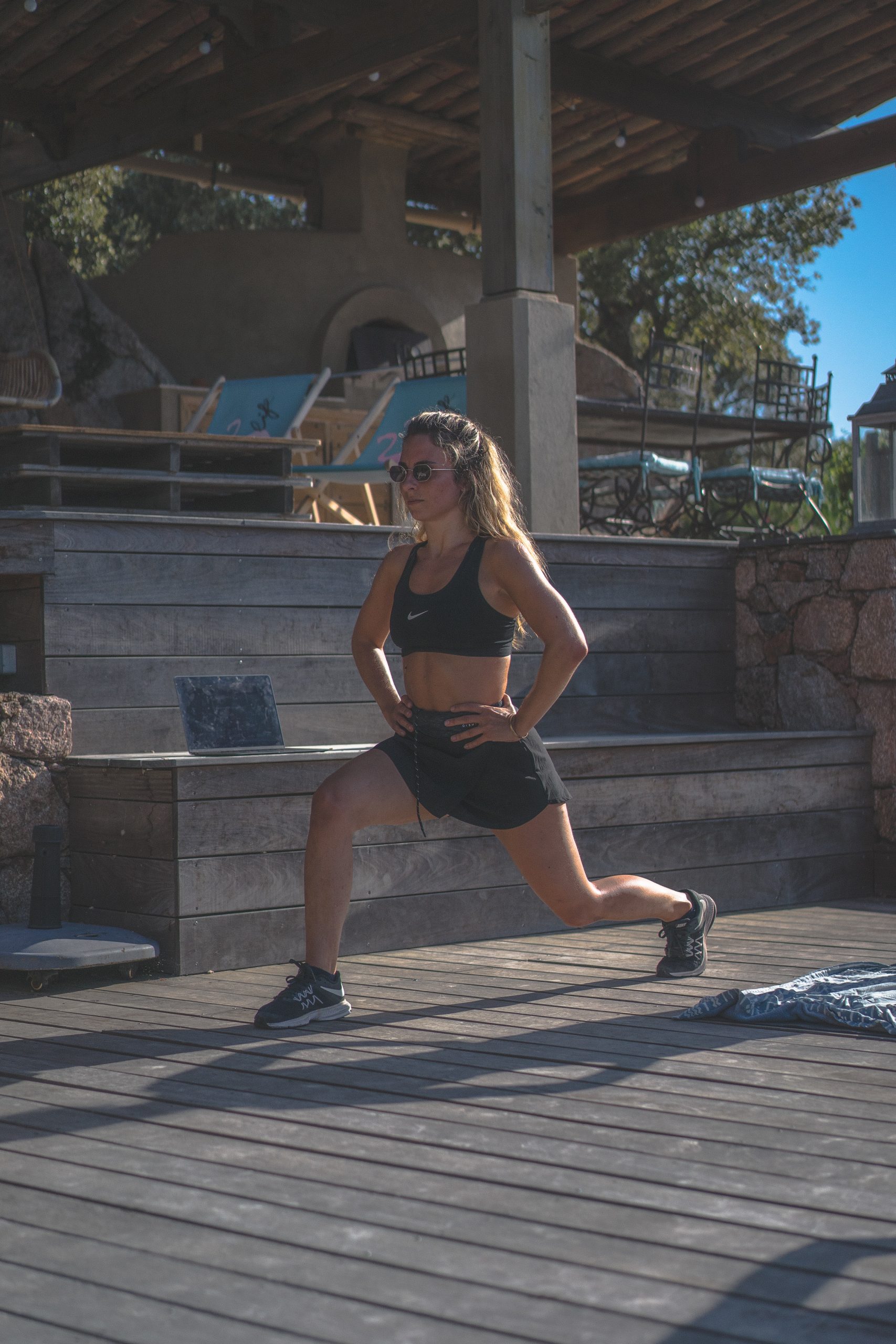 Lunges may be performed as a static exercise, where you take up the lunge position and then perform the exercise or dynamically by stepping forward, sideways or backwards into the lunge. Again you can challenge the exercise by adding weight, a DuraDisc or even a trunk twist.

Jump training can be progressed by doing jumps on the spot, foward and backwards, sideways or even on diagonals. You can then challenge jump training further by jumping up onto a step or box and also down from a height. 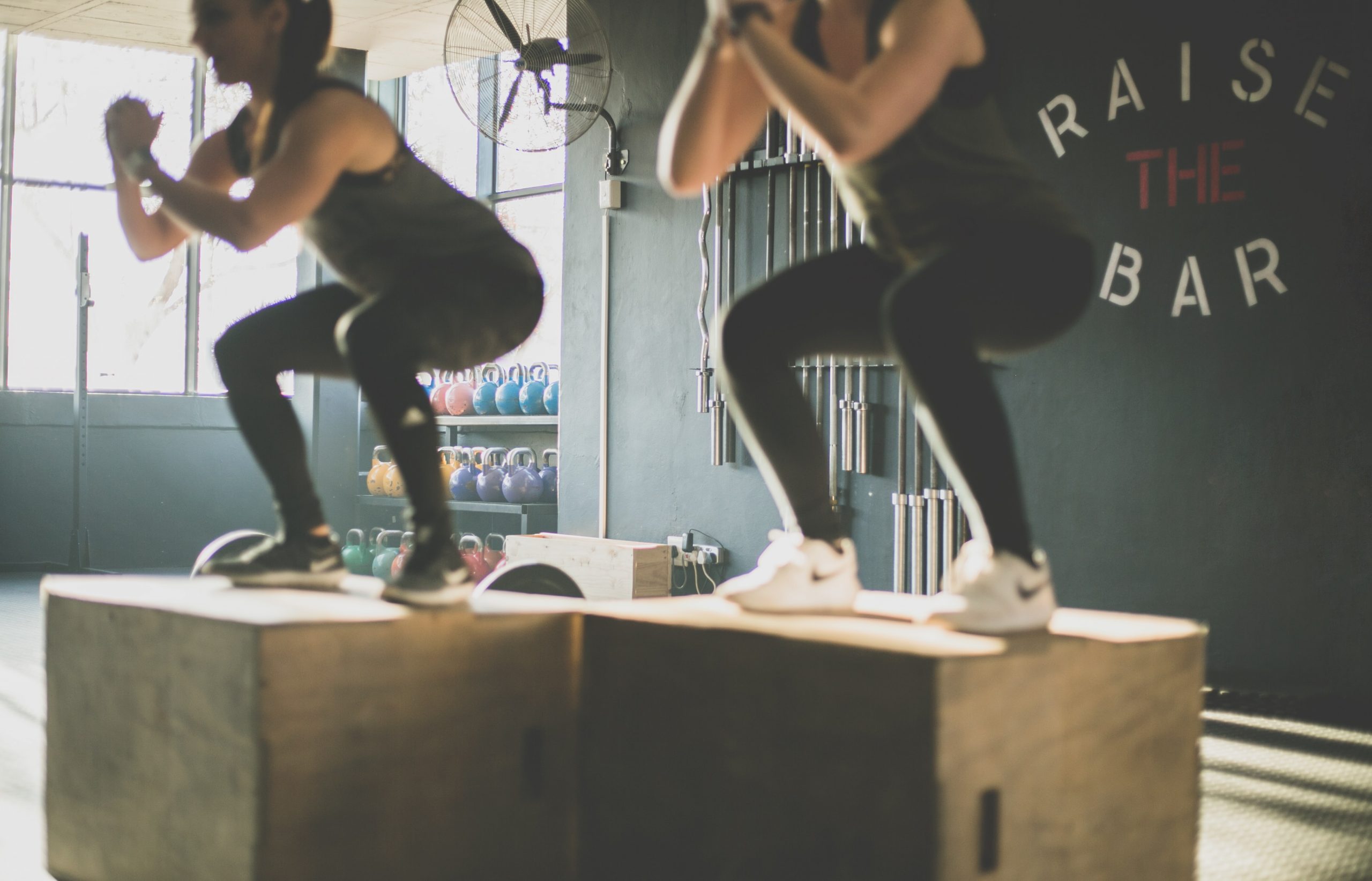 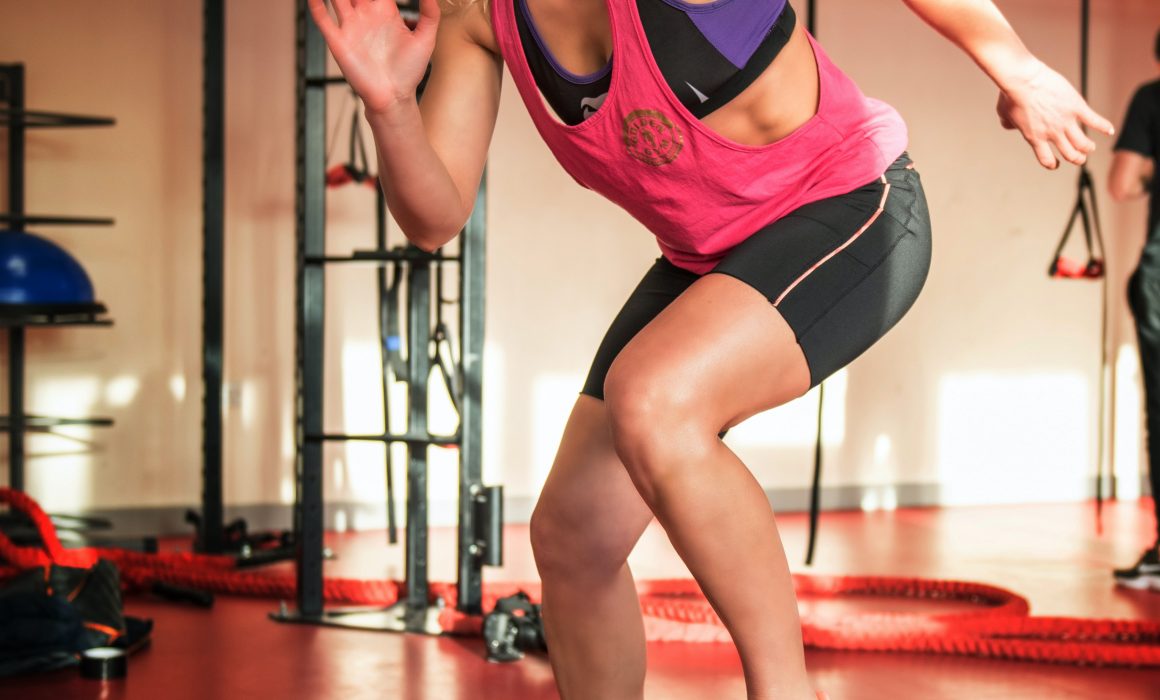 Rehabilitation exercises post injury are a very important part of returning to activity. But what exercises should be done? How should exercises be selected to ensure they are appropriate for a return to the level of activity and function that the client desires? There shouldn’t be a “one size fits all” approach to rehabilitation exercises as everyone has different starting levels of fitness and their end goals are also unique.  Movements can be described in a variety of ways.   A movement can be an open or closed skill; a discrete, continuous or serial skill; or an open or closed kinetic chain skill.   Each of these describe the type of environment the movement is performed in and the manner in which it is performed.

Open skills can be changed to closed skills by removing the unpredictable factors.   For example, a lay-up in basketball is an open skill when performed in a competitive environment.   If the defenders are removed, as well as team mates, the skill then becomes a closed skill.   Closed skills can be extremely useful in the rehabilitation process as a controlled environment can be utilised while the individual is still recovering. You can then be progress the exercise towards an open skill as they return to full fitness.

Closed chain kinetic exercises facilitate normal proprioceptive feedback from the afferent mechanoreceptors.   For stimulation of the mechanoreceptors close to the joint to occur, closed chain weight bearing is required.   It also provides enhancement of joint play movements such as rolling, sliding and gliding, with a higher degree of carryover.   The movements that are performed are also occurring on both sides of the axis of motion, as opposed to open chain kinetic exercises where only the segment on one side of the joint is generally involved.   This also means that more functional movements can be performed in all three planes, using all the agonist, antagonistic and synergistic muscles of the movement.   Closed chain kinetic exercises are also physiologically safe and less stressful than open chain exercises during rehabilitation, as biomechanical forces can be safely reproduced and controlled.

The third way to describe movements is as discrete, continuous or serial skills.   Discrete skills are those with a definite beginning and end and are usually of brief duration.   Examples include throwing and hitting skills.   Continuous skills are those that have no particular beginning or ending, such as swimming, running or cycling.   They are of a cyclic nature and generally of long duration.   The third group are serial skills.   These are a group of discrete skills strung together to make up a new, more complicated skill, such as a gymnastics routine.   The order in which the skills are performed is critical for successful performance.

CSTC Myotherapy stocks some great tools to assist you with your rehabilitation program in our Shop. Head on over and check out what we have. If you are after something that isn’t listed, send us a message and we’ll let you know if we can access stock of the item and have it shipped directly to you.