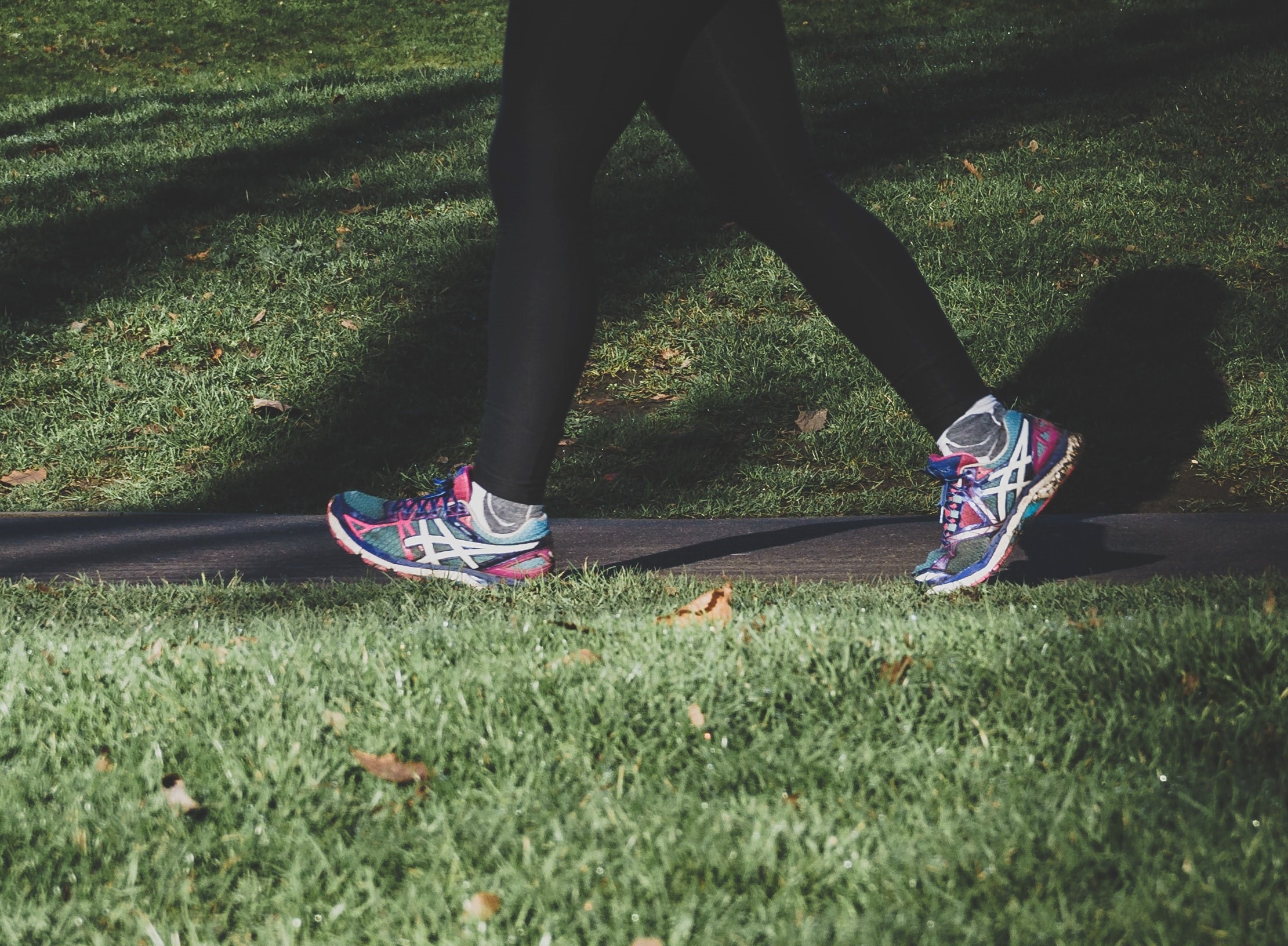 Gait, or walking, is one of the most common forms of non-motorised locomotion. Walk your way to a healthy body by increasing fitness, releasing stress and, if gait is performed correctly, a strong posture. Most commonly, dysfunctions observed in gait are related to the movements of the pelvis. In gait, during right leg stance the pelvis is rotating to the right (Inman, Ralston & Todd, 1981). The lumbar spine will also rotate in sequence with the sacrum. If gait is correct, then there should be a slight elevation or hike of the contralateral (left) hip and therefore lateral flexion of the lumbar spine. Many studies have shown that there is a lateral drop of the pelvis to the unsupported side however, when looking at the biomechanics of the spine and pelvis a lateral drop to the unsupported side would create an increase in rotational torque through the spine.

First let us look at the suggestion of the lateral drop to the unsupported side. It is stated by Levangie and Norkin (2001) that during the stance phase, or single limb support, when all body weight must be balanced over that limb, the centre of gravity is at its furthest from the centre of the base of support. Dropping the pelvis to the unsupported side produces a relative adduction of the stance hip and a relative abduction of the swing hip. To do this you have a contraction of the hip abductors of the swing leg and hip adductors of the stance leg. The effect of this is to bring the centre of gravity back over the base of support, reducing the instability experienced by the individual. In terms of balance this seems to make quite a lot of sense. It does however, fail to take into account the coupled motions seen in the lumbo-pelvic complex and also a simple orthopaedic test, Trendelenburg’s Test.

Now let’s look at the motions occurring in the pelvis and spine during gait. The pelvis always rotates towards the stance leg. As it does so there is a rotation of the spine that follows this pelvic rotation, moving progressively up the spine from lumbar through to cervical. The rotation occurs sequentially from the lowest lumbar vertebrae (L5) through to the upper most vertebrae, C1, its extent decreasing as the rotation progresses along the vertebral column. The degree of rotation will also be dependent on the length of surrounding musculature, in particular psoas, and the individual’s ability to stabilise the lumbar spine through transversus abdominis activation. A shortened psoas on one side will reduce the degree of rotation towards that side. With it’s origin on the transverse processes of the lumbar vertebrae, rotation towards the left psoas places that muscle on stretch, limiting the degree of rotation possible.

Based on this, in the stance phase of normal gait the contralateral hip hike causes rotation of the lumbar spine to the opposite side, as does the pelvic rotation. This means that all rotational forces being passed up through the spine are passing in the same direction, reducing the stress on both the vertebral bodies and discs. As the leg swings through, the hip hike is maintained and then begins to drop just before heel strike, creating movement in the lumbar spine that is in sync with the pelvic rotation. Contraction of the quadratus lumborum and the internal obliques on the ipsilateral side to the hip hike, as well as contraction of the hip abductors of the stance extremity create the hip hike. In the majority of individuals there is the pelvic drop on the unsupported side that Levangie and Norkin suggest. This actually indicates a weakness of hip abductors (gluteus medius and minimus and tensor fascia latae) on that side, as these muscles are unable to support the weight of the limb and so allow the pelvis to be pulled down. These individuals would produce a positive if asked to perform Trendelenberg’s test. In Trendelenberg’s test, the therapist stands behind the client, observing the posterior superior iliac spines. The client is then asked to take one foot off the ground and the therapist observes the movement of the pelvis. A drop towards the unsupported side is a positive test indicating weakness of the hip abductors on the stance side, while a lift or a level pelvis is a negative test result. Weakness of the hip abductors produces an abductor lurch (Hoppenfeld, 1976). This is when the individual has to lean across over the stance leg to bring the centre of gravity over it further. Normally there is approximately 2-3cm lateral displacement of the pelvis towards the stance leg.

In dysfunctional gait the dropping of the contralateral hip causes rotation of the lumbar spine to the same side, opposing the rotation being created by the movement of the pelvis. Generally this will lead to the individual presenting in the clinic with lower back pain due to the excessive torsional loads and compressive forces being placed on the lumbar spine by the dysfunction (Inman, Ralston & Todd, 1981; Porterfield & DeRosa, 1991). Individuals who have weak hip abductors are also more prone to inversion sprains of the ankle on the weak side, due to the lateral shift in the centre of gravity to outside the ankle during the stance phase (Chek, 1994).

In summary, the correct gait mechanisms should see the pelvis both hiking and rotating anteriorly on the ipsilateral side during the swing phase. This then allows rotational forces passing through the spine to pass in the same direction, rotating sequentially with the pelvis and allowing you to walk your way to a healthy body. When the pelvis drops during the swing phase of gait, the coupled motion of the lateral flexion and rotation on the contralateral side opposes the natural rotation of the spine with pelvis. This will potentially lead to the development of various back complaints.